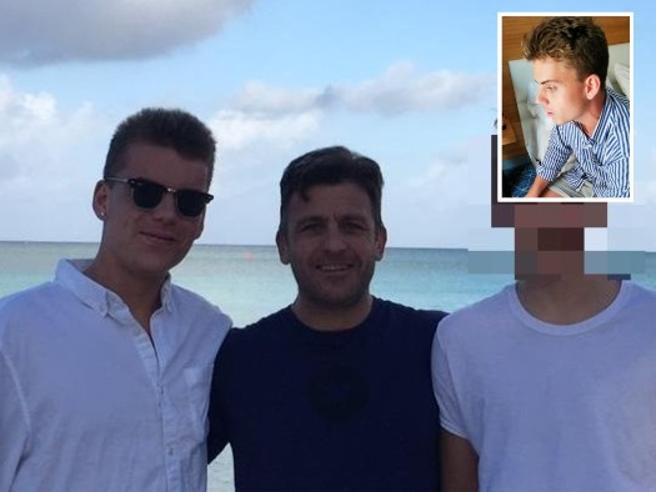 “I can prove my son is not a murderer,” says dad of

Corriere della Sera journalist Fiorenza Sarzanini was granted an interview with the father of Gabriel Christian Natale Hjorth — one of the two American youths arrested for the murder of Carabiniere deputy sergeant Mario Cerciello Rega in the early hours of the morning on July 26. “He didn’t know the man was a Carabiniere. He was desperate.”

English Training takes a didactic look and review of the interview.

ROME – “My son was there, and he made a mistake. But he’s not a murderer and I intend to prove it.” Fabrizio Natale is the father of Gabriel, the 18-year-old American accused along with his long-time friend Lee Finnegan Elder of killing deputy sergeant Mario Cerciello Rega. In the office of his lawyers Francesco Petrelli and Fabio Alonzi, the father agreed for the first time to answer questions about what happened on that tragic night.

Your son was there while his friend was violently stabbing the Carabiniere officer 11 times. How can you say that he isn’t involved?

“He swore he didn’t know the other boy had a knife. He thought they were going to do an ‘exchange’ as agreed, so they’d get their money back.”

English Training – Mistake to not ask for a clarification of the word ‘exchange.’ It was a drug deal gone bad. And this is not the first question to start off with. The bigger curiosity – has his son had a history of violence? He or his friend apparently fought off the other Officer while he or his friend was stabbing Carabiniere Rega to death.

But then there was an attack and his friend stabbed a man. Why did he go back to the hotel to sleep, instead of running away?

“He didn’t know the man was a Carabiniere and he assured me that he hadn’t realized he was dead.”

And you believed him?

“Yes. I saw him in prison. I saw the state he’s in. How desperate he is. And I believe him.”

English Training – Why did they hide the bloody knife and their bloody clothes in the hotel room?

Don’t you imagine how desperate the wife and the relatives of deputy sergeant Rega must be?

“Of course. All the time. I know their suffering is greater than mine. But that’s precisely why I think it’s important for all the doubts to be cleared up.”

Do you want to meet them or say anything to them?

“What could I say?” No words could change this tragedy. I’m grieving as if I had lost a son, but I don’t think my words could help them in any way.”

Why were you and your son in Rome?

“I’m Italian. But I’ve been working in the United States since I was a young man. My parents live in Fregene. Every year we come here in the summer, also because my children are very close to my brother.”

And where were you that night?

“In Fregene. Gabriel told me that an old school friend of his had arrived in Rome. They had been in touch on social media and had arranged to meet. My brother took him.”

When were you told about what had happened?

“We weren’t. We heard about it on TV. My parents were watching the news when they saw a photo of Gabriel on the screen. My brother rushed off to the hotel and then found out he had been arrested.”

What did your son tell you the first time you saw him?

“He was in prison, crying in despair. He’s 18 and has found himself caught up in something much bigger than him.”

He was the one who negotiated with the pusher’s middleman to arrange the return of the bag in exchange for €80 euros and a gram of cocaine.

“Yes. And that’s why I said he made a mistake. He made a serious mistake, but here we are talking about murder. And he didn’t kill anybody.”

But he was looking for cocaine that night.

“My son assured me that he doesn’t use drugs. He asked me to have him tested to prove it. He had gone to the meeting with his friend, and he swears he only asked for the €80 euros to be returned.”

English Training – Is this the infamous proof?

What do you mean?

“I don’t know the other guy. I’ve never seen him. So I don’t know what he’s like. All I know is that my son didn’t hang out with him in the United States; they met up in Rome by chance. The judiciary is investigating and I’m confident they’ll shed light on everything in the end. Gabriel told me he just wanted to make the exchange and get the money back. And I believe him.” 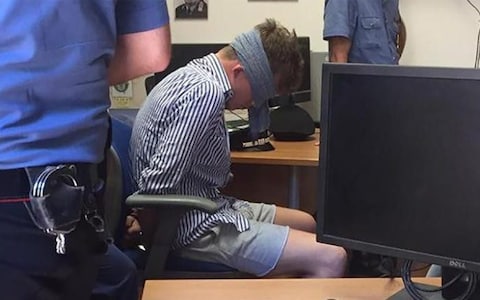 Your son was being blindfolded at the station. What did he tell you?

I know this is being looked into, so I’d prefer not to comment.

Why isn’t your wife here in Italy?

“We have two sons and she stayed in the United States with the younger one. She’ll come to Rome as soon as she can, but while we’re on the subject there’s something I’d like to clarify. Despite what has been said about us, we aren’t millionaires; we both work and this tragedy has been a terrible shock. It’s turned our lives upside down. But we’ll fight with Gabriel to find out the truth.”

English Training – Comment – It is a Scoop for the journalist and the newspaper. It is understandable that the father is protecting his son. However, he has not provided any proof.