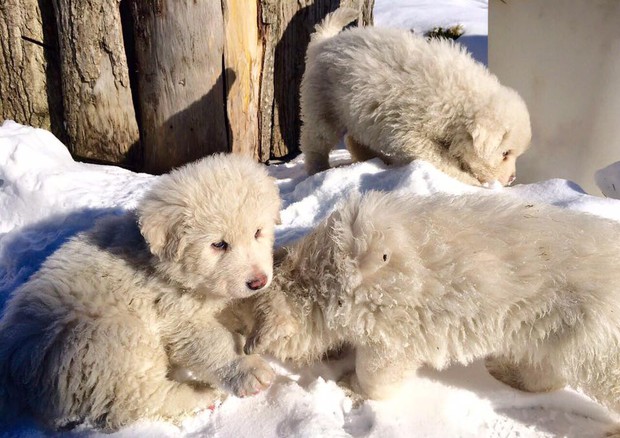 Puppies Found in Monumental Tragedy Under the Rubble At Hotel Rigopiano

(ANSA) – Farindola, January 23 – Three puppies were found alive in the rubble of the avalanche-hit Rigopiano Hotel in Abruzzo Monday. Their parents, Nuvola and Lupo, escaped the hotel’s collapse and came downhill a few days ago. The puppies were said to be in good health after almost five days buried in freezing snow. The dogs are a local breed, Abruzzo shepherds.

Monumental Tragedy A Challenge for Rescue Workers in Rigopiano – 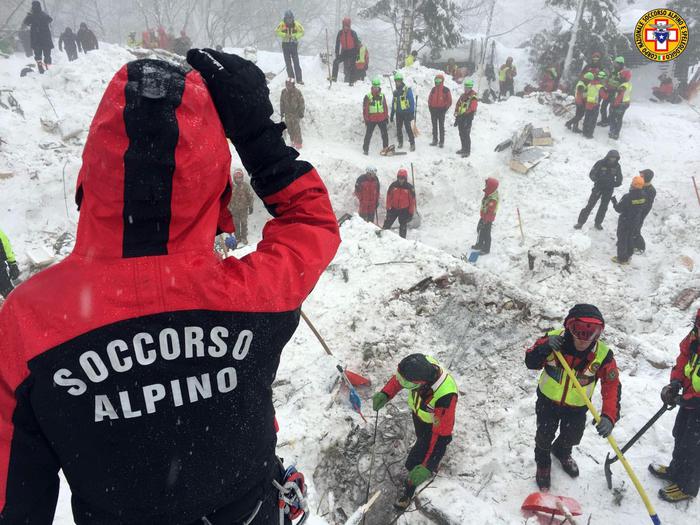 (ANSA) – Pescara, January 23 – The father of one of the 23 people missing after an avalanche hit the Hotel Rigopiano in Abruzzo last week said Monday that the victims of the disaster had been “killed”.

“Those who died were killed,” said Alessio Feniello, the father of 28-year-old Stefano Feniello. “They were held against their will because they wanted to return,” he added, referring to the fact that the guests could not leave as the road to the hotel had not been cleared of snow.
“They had their suitcases ready. They brought them all together near the fireplace like meat”.

Stefano Feniello’s girlfriend Francesca Bronzi was rescued and is in hospital in Pescara.

Pescara investigators are probing why appeals for help from the hotel before and after the avalanche were apparentely underestimated.

Listen to the news report and fill in the missing words.

Overnight it was devastated by an avalanche.

Hotel Rigopiano is in the village of Farindola in the Abruzzo Region.

Hours later, a wall of snow and debris hit the hotel, leaving only the roof of the four story building visible from above.

Italian news reports said that some __________(5) sent text messages to emergency numbers saying they were trapped inside.

They were taken to hospital, one suffering from hypothermia.

One official said up to five meters of snow had fallen in recent days.