The Truth About Schettino After Mammoth Shipwreck Disaster

Location:  The island of Giglio, Italy.

With 3,216 passengers and 1.013 crew members aboard, the cruise ship hit an underwater rock formation off the island’s east coast just south of its port at 21:45 in a strong impact that opened a hole 70 meters wide on the left side of its hull. 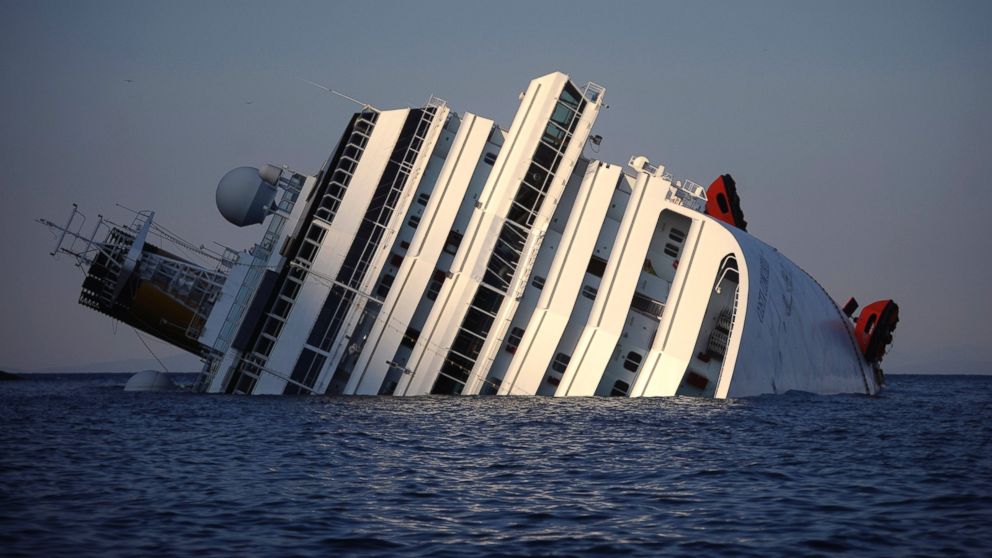 The ship’s captain, Francesco Schettino, had decided to “navigate according to his sailor’s instinct, closer to the island, trusting in his abilities,” wrote judges in the subsequent trial sentence, in which he was given 16 years and one month in prison.

But after five years, Schettino has yet to serve one day in prison.

CG: “Captain, speak up! Shield the microphone with your hand and speak louder, clear?”

FS: “At this moment the ship is tilted.”

CG: “I understand. Listen, there are people who are coming down the ladder on the bow. Go back in the opposite direction, get back on the ship, and tell me how many people there are and what they have on board. Clear? Tell me if there are children, women and what kind of help they need. And you tell me the number of each of these categories. Is that clear? Look, Schettino, perhaps you have saved yourself from the sea but I will make you look very bad. I will make you pay for this. Dammit!”

FS: “I am in the lifeboat, under the ship, I haven’t gone anywhere, I’m here.”

FS: “I am coordinating…”

CG: “What are you coordinating there? Get on board the ship and coordinate the rescue on board. Are you refusing?”

CG: “Are you refusing to go on board? Tell me the reason why you are not going.”

FS: “I am not going because there is another lifeboat that has stopped.”

CG: “You get on board. This is an order. You need to continue the rescue. You called the evacuation, now I am in charge. You need to go on board the ship, is that clear?”

The Disaster Made International News

Watch and listen to Schettino’s interview in English. “I cannot feel responsible”

His Excuse. “It was an accident…This case has been treated as a crime and I don’t understand why?”

Love on the rocks

A Moldovan dancer who was on the bridge of the Costa Concordia with Captain Francesco Schettino has admitted she was his lover. Giving evidence at his trial, Domnica Cemortan refused three times to say whether she was having an affair, before the judge threatened her with criminal charges.

Finally she said: “Yes, I had a relationship with him. Stop. Now, could we please move onto more important things.”

The captain has acknowledged fault in the trial, but his defence team is arguing the ship sank in part because watertight doors did not function on the ship.

The imperative is a grammatical mood that forms commands or requests, including the giving of prohibition or permission, or any other kind of advice or exhortation. An example of a verb in the imperative mood is be in the English sentence “Go back to the ship!”  “Get Back On Board the Ship Schettino!”

We can use the imperative to give a direct order.

We can use the imperative to give instructions.

We can use the imperative to make an invitation.

We can use the imperative on signs and notices.

We can use the imperative to give friendly informal advice.

We can make the imperative ‘more polite’ by adding ‘do’.

Put the words in brackets into the gaps. Mind the positive or the negative forms.

The Imperative in English What happened to Falco?

Gregorio de Falco was praised for ordering stricken ship’s captain, Francesco Schettino, to get back on board

He was the Italian hero to Francesco Schettino’s villain: a coastguard official who, in the days after the Costa Concordia disaster, became a symbol of responsibility in nation that was horrified by the allegedly reckless behaviour of the cruise ship’s captain. On Thursday Italians were yet again engaged in a collective frenzy over straight-talking Gregorio de Falco.The 50-year-old has said he is being transferred out of operational service at the Livorno coastguard and into administrative duties, prompting anger among those who remember his bracing words to Schettino on the night of the tragedy and despair over a country that they say does not know how to treat its heroes.

After recordings of the heated dialogue between De Falco and Costa Concordia’s skipper were released the coastguard official was hailed as “the voice of duty” by newspaper La Repubblica, in which 32 people died. His command “Vada a bordo, cazzo!” (“Get on board, for fuck’s sake!” was even emblazoned on T-shirts.

Federico Gelli, an MP in Italy’s centre-left Democratic party called for the reasons for De Falco’s transfer to be investigated.